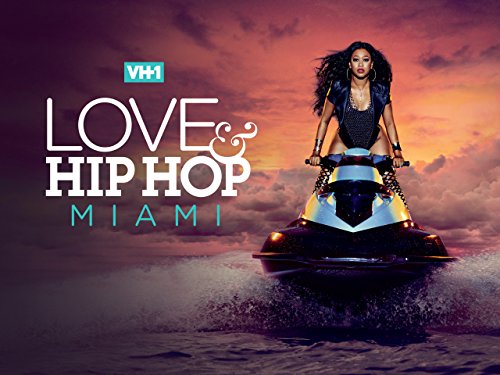 Watch in HD
"Love and Hip Hop Miami" turns up the heat and doesn't hold back in making the 305 the place to be. Multi-platinum selling hip-hop legend Trick Daddy is back in the studio collaborating with his longtime musical ally and rap icon, "The Diamond Princess" Trina. Afro-Latina singer, Amara La Negra, faces roadblocks on her journey to cross over to the American music market while Jojo Zarur is an entrepreneur and celebrity stylist whose dreams of dominating the fashion industry might be derailed by family issues. Meanwhile Christopher "Prince" Michael Harty and DJ Michelle Pooch are enmeshed in a rivalry to claim party supremacy in the hot and competitive Miami nightlife scene. Miami street legend and rapper signed to Rick Ross' Maybach Music Group, Gunplay, has returned to Miami to stage a musical comeback but he finds himself sucked back into the temptations and vices of the "real" Miami, where his demons threaten the fate of both his career and his relationship. Written by VH1