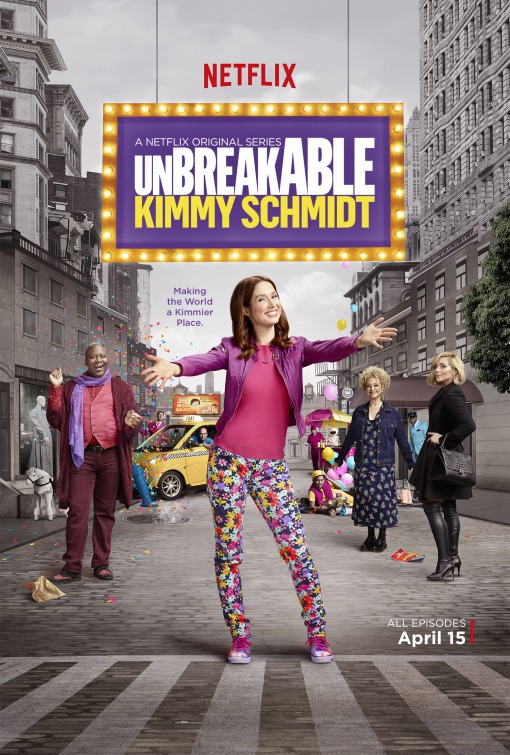 Watch in HD
After being rescued from an underground bunker in which she lived the past 15 years, Kimmy Schmidt decides to move to New York to have a normal life. She makes friends with her new roommate Titus, and works as a babysitter for Jacqueline Voorhees, the wife of a billionaire with many issues. Even though many obstacles are thrown her way, Kimmy makes the best of her new life while having to adapt to the new world around her. Written by James Hake